Last Week to Save on Registration for ADA/FEHA Training 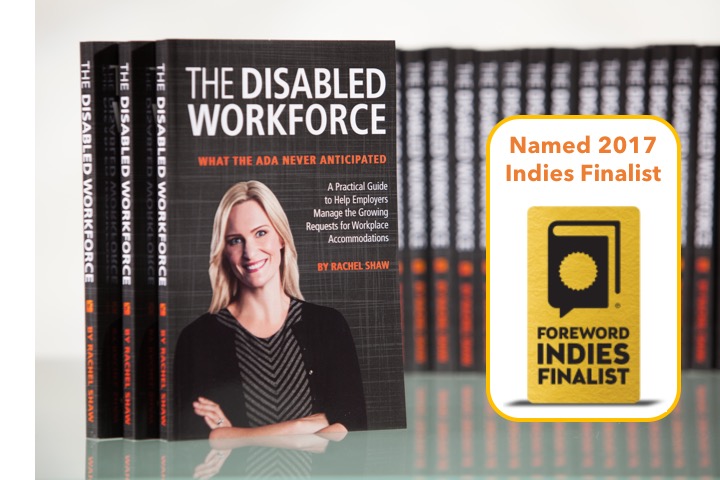 The Disabled Workforce: What the ADA Never Anticipated has been recognized as a finalist in the 20th annual Foreword INDIES Book of the Year Awards.

As part of its mission to discover, review, and share the best books from university and independent publishers (and authors), independent media company Foreword Magazine, Inc. hosts its annual awards program each year. Finalists represent the best books published in 2017. After more than 2,000 individual titles spread
across 65 genres were submitted for consideration, the list of finalists was determined by Foreword’s editorial team.

“Choosing finalists for the INDIES is always the highlight of our year, but the job is very difficult due to the high quality of submissions,” said Victoria Sutherland, founder/publisher of Foreword Reviews. “Each new book award season proves again how independent publishers are the real innovators in the industry.”

The book can be purchased at Amazon.

The Secret to Curbing FMLA Abuse

New Article: Supporting the Mental Health of Your Workforce

When Can We Manage Leave Again?

Ryan Hudson-Peralta, the founder of “Look Mom No Hands” has been spreading the word of positive thinking for more than 30+ years. Ryan has spoken all over the world at schools, businesses and organizations sharing his story and inspiring others to live their dreams. Ryan is a father, husband, designer, actor, and motivational speaker and mentors families all over the United States that have children born like him.

For more information on Ryan’s speaking and “Look Mom No Hands” services and apparel visit http://lookmomnohands.com.

Mike Moore, is a former middle and high school principal who became blind as an adult.  During this time he took part in the disability interactive process with his then employer.  Mike is a father, a musician and now, a consultant that works with organizations to provides tips on how to best interact and communicate with disabled employees.